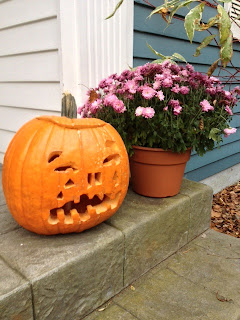 Today, I have a post to write, but then there’s the hurricane. I face a conundrum, if that is the right word for it. I should look that up. A conundrum is a riddle, or a puzzle, right? Yes, right. I checked. Why did I check? Why didn’t I just trust myself?

The conundrum is that I try to write funny posts, but it’s not a very funny time, for some of my readers. So what do I do? Do I pretend the hurricane never happened and just write about some of the things I’ve been reading and thinking, as per usual? For instance, there’s an article in the New York Times Science section about intelligence that really bought my eye (Monty Python.) It’s about a scientist who is suggesting a new approach to studying it, using genome sequencing. The upshot seems to be that over time, the human brain has evolved a high level of intelligence, and we are all possessed of this intelligence in our DNA when we are born, but we lose it by degrees, through DNA mutations. So in studying intelligence, “We should look not for genetic dynamics that build intelligence but for those that erode it.” Which means what, exactly? Seems like two things: one, that babies look like buddhas for a reason. And B, that all the research I’ve read about how intelligence is something that you can develop, will require serious reconsideration if this is true. It’s actually something that you’re losing without even realizing it. Like if intelligence is a pile of dirty laundry, my whole life I’ve been trying to scoop it up, straining to hold the pile close to me while reaching for a few extra socks and things that I almost can’t hold; but what I should’ve been paying attention to was all the stuff that I dropped along the way to the washing machine that I didn’t see until it was too late to add to the load.

Nevermind that I am being an idiot for carrying all that dirty laundry in my arms when there’s a perfectly good laundry basket, which happens, always, to be on the wrong floor when I need it?

Anyway, there are further implications of the New York Times article. For example, it seems like once again, there’s nothing we can do about how smart we are. Or, rather, how stupid we become. “Mutational load” runs in families. So now we will have to have genetic screening before we get into the right preschool? No matter how it happens, research has shown that “smarter people generally earn more money, enjoy better health, raise smarter children, feel happier and, just to rub it in, live longer as well.” Okay, then. The genetic pedigree will become more important than the college degree. Heady stuff, isn’t it, readers? Definitely more fun to think about than when the electricity will be restored, right?

Anyway, Hurricane Sandy passed through my area pushing things around the way they’re pushed around by the outer orbit of a street cleaner. There were puffs and gusts of wind, but none of the damage for which we prepared. Which is not to say that I didn’t experience Sandy. I have one thing in common with Mark Twain: I “have known a great many troubles, but most of them never happened.”

See, there I am making light of the misfortunes of others. I don’t want to do that. I am very thankful that what happened here wasn’t bad. I did worry, though. I even changed my travel plans to visit Washington, DC, because I had a feeling I’d get stuck there. I checked our batteries and water and bought extra peanut butter and bread. I planned to have the kids sleep downstairs in the living room if the wind got bad, because I didn’t want to worry about a tree falling on the roof and crushing them. The wind never got bad, though. Hurricane Irene was much worse. Irene really did a number on things up here.

Sandy passed us by, but there I was, on Twitter and Facebook and the NYTimes and the Washington Post online, hanging on all the reports, horrified and worried, but it was watching the news, not living it. Then it was morning and I checked in with relatives in NYC and Washington, and my friends started popping up on FB, some without power.  School was not delayed or cancelled, much to the children’s chagrin. It was grey, and I despaired of ever seeing the sun again. Then the sun actually appeared. And life was unchanged. Yet just a little ways away, life was changed, permanently for some people. It’s hard to feel the change when it isn’t right there in front of you. Yet for some people there is now an irrevocable chasm between before and after. Like the moment after the knife slips on the carrot you’re chopping and the bright rivulet of blood emerges on your finger and you know, shit, this is going to need stitches, and you wish you could just do that instant over, but you can’t. Dinner is ruined, and you’ve got to go to urgent care and no amount of squeezing with a paper towel and trying to get through it is going to undo it

So, while I am grateful for life, some brain power, my family, my health, shelter, food, health insurance, our next door neighbor, who offered to help the husband install a back-up sump pump and battery and did most of the work himself while the husband had to respond to calls about stroke patients, and electricity, some people are lacking some or all of these things, and I am aware it could have been me. To those struggling after Sandy, I wish you a successful passage to the new normal.