Hi there!  Check this out:

Today I am in Motherlode.

I am still contemplating those variables x, y, and z in Einstein's definition of success. Work, play, and z--keeping your mouth shut. I haven't figured out what he meant by z. Surely he didn't mean it literally. So what other possibilities are there for Z? Silence. Keeping a secret. Being discreet. Knowing when to speak and when to remain silent. Avoiding conflict. Behaving honorably. The possibilities are multiple, but I'd like to think that sometimes in the equation, z=0.

Because I want to talk about how well I've learned a few lessons of success, which I can't do, if I need to keep my mouth shut. So I'm going to speak hypothetically here.

Let's say you live in suburbia and have a child who is deeply involved in an activity--say soccer--that requires her presence several days a week. Suppose you are lucky enough to link up with the Carpool Angel, an indefatigable and always cheerful mom with organizational skills and an (unfamiliar to you) lack of aversion to using the telephone. This mom, let's call her Angie, organizes about seven children's schedules into a spread sheet and splits the driving duties among their families. And also suppose that this other mother, call her Mildred, decides, after driving your child home the first night, your first year in suburbia, that because she has to turn left and drive a little out of her way to get to your house, she can't do it. What do you do?

Well, of course you hold a grudge.

Fast forward two years. Let's say Mildred has never spoken to you since she informed you that having to drive 2/3 of a mile round trip (at 30 mph that's about 70 seconds) out of her way to drop off your child-- NOT an exaggeration--made her too late getting home. Let's say you've tried to catch her eye, or to smile. You've even said hello. But never mind. You decide she's either painfully shy, or (much preferable but more unlikely) guilty about dropping your child, or, alternatively, mentally disturbed. In any case, you give up. Two years pass in which Mildred never drives your child home, and you don't drive hers, either, by fluke of scheduling. Or maybe Angie knows something and keeps you separated. Good old Angie.

Then, let's say that a few weeks ago Mildred needs a ride home for her child. You happen to be taking Angie's turn at the carpool on that night, so Mildred calls you. Mildred assures you that to drop off her child is not out of your way at all because they live on the same block as Angie's child.

Fast forward again, to last week.  You're planning on attending your high school reunion in a few weeks, and you need help getting your child to soccer while you're away. Due to various permutations of scheduling, you need to ask Mildred for help. She is your last resort. You've already been to Angie and to Eeyore. All that's left is Mildred. You don't have Mildred's email, so you call her. Of course she does not answer her phone. (Aversion to using the telephone.) You leave a message.

The next day you get a one line email from Mildred (how did she get your email address, you wonder?) She can't take your child on Saturday because she doesn't have room in her car.

You check your spreadsheet again and see that Mildred takes her child and two others, so she ought to have room in her car. And anyway, aren't you the only person in suburbia without a minivan?

You write her back and suggest that she was confused on the date, that you don't need the ride for your daughter this Saturday, it's next Saturday, and that you're really in a bind. Can she double-check her schedule?

You go about your business, a little angry but also curious how Mildred is going to respond to this challenge. Because it is a challenge. You know it's that extra 70 seconds that Mildred doesn't want to spare. Or maybe she doesn't like you, or your child. After all, she rebuffed your early attempts at friendliness. No further word from her arrives.

In yoga class the next day, the teacher asks how everyone is doing this morning, and you mutter under your breath, "Holding a grudge," which your friend in class catches. After class, your friend at yoga asks you what's on your mind and you tell her the situation and she is righteously angry on your behalf, and she thinks you need to persist with Mildred and call her on her behavior.

When you check your messages later, you find an email from Mildred. She wants to know if your husband can drop off your daughter on the date in question, at Eeyore's house. Apparently she now has room in her car for your daughter, but she can't make that extra stop. She doesn't say either of these things, but that is the implication.

Yay. Partial victory. Nevertheless, you find yourself shaking with fury when you read her email. Her one line email.

But here's where all my research and thinking about success kicked in, my scores of readers. Hypothetically speaking, of course.

Instead of following your inclination and picking up the phone and demanding of Mildred that if she can fit your child into her car, she can drive the extra 2/3 of a mile (in your fantasy you go over the math with her) round trip to pick her up from home and laying all your injured self on her-- instead of that, you go into the other room, and you meditate.

And by meditate you mean you sit cross-legged on a cushion and fume. But you do it for ten minutes or so, and finally, a feeling of mild amusement shows up in your brain, followed shortly by Dale Carnegie, he of winning friends and influencing people. You think, What am I trying to accomplish? I will never show Mildred that she's wrong. She'll never see it that way. My goal is simply to get her to pick up my daughter from home and drive her to soccer so my husband can drive our other child to the other activities she has to attend simultaneously while you're at your high school reunion.

So you call Mildred. You know she wants to communicate by email. But you want to speak to her. She doesn't answer her phone, of course. You leave a message. It's a long message. You say you gather from her email that she can drive your daughter that day after all and you're appreciative. You say you understand that minutes are precious, particularly in the morning when you're trying to get children out of the house. You say that while you wish it were possible to drop off your child at Eeyore's house at that time, it is impossible, and that if she, Mildred, can't take your daughter to soccer, she will have to miss the game. You say that you would appreciate it, as you're sure she appreciates that you are willing to take her child when the need arises, and as you're sure she appreciates how we all need to band together and help each other deal with these emergencies. Then you hang up the phone.

Let's say that a few hours later you get a one line email from Mildred. She will pick up your daughter on that Saturday at 9:45.

However, you have not kept your mouth shut. In this equation, z=0. So have you failed? Hypothetically speaking?

Oh boy, I am excited. See, I've been preoccupied with two very important considerations, considerations so important that I haven't finished reading the book I was planning to blog about to you. It's a very interesting book, actually; but apparently not as interesting to me as whether I should switch my blog to Wordpress and change the title, or change the title and stay on Blogger. Or switch my template and my title. Or hold firm to my title, Unmapped Country, because it's a great title and I love it.

But my title has nothing to do with success. And it seems to me that maybe my blog's title ought to indicate what it's about and hint at my style, rather than seeming all mystical-poetical.

Unmapped Country, by the way, is from Daniel Deronda, by George Eliot:
"There is a great deal of unmapped country within us which would have to be taken into account in an explanation of our gusts and storms." (Book 2, Ch. 15)

Perfect, really, for exploring life in suburbia and my emotional vicissitudes.

I began Carol Dweck's book Mindset hopeful she would provide the clue to my eternal problem, getting from Here to There. "There" being across a chasm to where the *real* successful people are. I thought Mindset might prove to be that trompe l'oeil trick with different-sized circles that Jessica Witt (discussed in my last post) used to fool golfers into thinking the hole they're aiming for is bigger and easier to reach. A literary equivalent, a trompe l'brain or something.

And in a way, it could be. Dweck's theory--backed by research--is that people tend towards one of two mindsets, (1), the fixed mindset, or (2), the growth mindset. According to Dweck, our predominant mindset "profoundly affects the way you lead your life."

Sink that Putt: Perception and Success

Did you know that if you hold a gun, even a plastic toy gun, you are more likely to assume that someone you see is holding one, too?

If this isn't an argument for gun control, I don't know what is. George Zimmerman was holding a gun, so this made it more likely that he'd think Trayvon Martin's pack of skittles was a gun than if he'd been holding a cup of coffee.

But I'm not here to talk about Trayvon Martin, as disgusting as that situation is.

From Coattails to Platform: Success the New-Fashioned Way 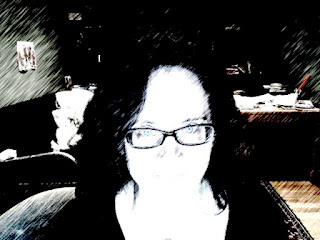 I've been blogging on success for nearly a year, which seems like a good time to take stock of this blog.

Good news! My readership has grown. Nowadays, my obsessive stats-checks of my blog traffic never yield zero hits, and that is certainly and definitely and meaningfully success. Of a baby-step sort. I mean, hello, isn't it time for The Huffington Post to discover me? Or Forbes? Or Babble? Babble would be great.

My three most popular posts are  Why Habit #2 Might Kill You; But If It Doesn't, You'll Be Stronger , Help Yourself to Success, and Highly Effective Habit #1: Be Proactive.  These are about Dale Carnegie and Stephen Covey. Whenever I mention Mr. Dale Carnegie or Mr. Stephen Covey or their most famous books, my hits increase. If I mention them and have a catchy title, my hits really, really increase.

So I've learned something about success: I must ride on the coattails of famous men. Or become one myself.