Welcome to Unmapped Country: The Flip Side of Failure 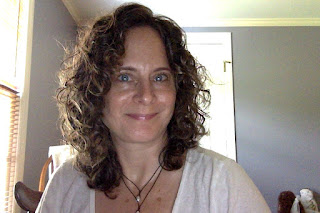 Readers, I have avoided the "About" page for, well, for as long as I've had this blog, which is over 3 years, but since it's a page I always look at on others' blogs, I thought I ought to put one on mine. So here goes.

Why “unmapped country?” Aside from the obvious analogy that the blog contains ideas I haven't explored, I liked the irony of the phrase. You see, initially, this blog was about my (extremely) reluctant transition from city life to suburban homeownership. Now, there’s not much that’s more familiar to most Americans than suburban family life, but it was kind of exotic to me and my NYC friends, thus the hint of irony.

After a while, though, the blog morphed. It became an exploration of my travels in search of success. The trace of irony lingered – as in, success is unmapped country for me, but plenty of people had been there before me. Have you any idea how many books about success there are? But none of them were what I needed. The good news is that now the territory is a little more familiar, and I’ve mapped a few noticeable successes. I’ve been published in the New York Times Motherlode blog, and I blog regularly for Psychology Today and The Huffington Post. Along the way, I’ve learned a few things, and I share ‘em here.

Why “the flip side of failure?” It’s to indicate that this blog is about the opposite of failure, except that the opposite of failure isn’t actually surefire success. Because I am not offering you the key to surefire success. I don’t have it. I don’t know what surefire success is. I’d been ruminating on the myriad ways I had failed, until I reached a moment when I felt a little switch in me flick on, and I thought, I am sick of analyzing why I feel like a failure. What I want to do is figure out how NOT to feel like one. Thus, my travels began, on the flip side. You know that old (and exceedingly annoying) jolly phrase, “Turn your frown upside down?” Well, it was kind of like doing that to my sense of failure. Just turn it upside down. Reconsider life from a different mindset, and grope forward. With humor. Thus, the flip. An attitude flip AND a flip attitude.

Why did I feel like a failure? Well, from where I started, my ideas were strictly black and white. I had a real zero sum attitude about success. I love that term zero sum. It means that the solution is either/or. Either you’re a success, or you’re a failure. Basically, my definition of success was getting my novels published, and anything other than that was failure. It became necessary for me, for my sanity, for my family, to reconsider my definition of success – and of failure. Otherwise I risked living my life without appreciating all the good that was in it. The flip side of failure gives me a lot of gray space to think about alternatives.

“You know that success is not the most important thing in life, don’t you, Mommy?” The 9th grader said the other day. “Happiness is the most important.” She’s been reading about Aristotle and Epicurus in her Global History class, and they had a lot to say about happiness.

“Of course,” I said. “Of course I know that happiness is most important.” However, let’s face it, sometimes succeeding at something is important to our happiness, and no amount of feel-good hoody-haw will change that. So for those of us who have a goal, I am searching out ways to get it accomplished, without feeling miserable until then. After all, as I’ve learned, happiness arrives when we’re engrossed in meaningful work, and all meaningful work has goals.

So what do I blog about here? About pretty much anything related to success, either directly or tangentially – very tangentially sometimes – that appeals to me. I love that word, tangential. Since I am a woman, a writer, a wife, a mother, a feminist, a citizen, an urban expatriate in the suburbs, a secular Jew, a liberal, a worrier, and something of an exhibitionist, and I write about success in connection to each of these descriptors, topics range. I’ve discovered some pearls, and I’ve made fun of some duds.

Of course I am writing a book, too. Since I began this blog, and the book, which is in proposal stage and has only been rejected by four agents so far, a new category of non fiction has been named, and it applies to my writing: self help memoir. Which is a shorthand way of saying I write about what I do to try to self help myself, with the intention to help you, Readers, self help yourselves. Possibly by running as far away as fast as you can from any suggestions I give. But also possibly, by following my example. You choose.

In case you care about my credentials, let me be clear: I have none. But I have had a lot of therapy. Also, I have read a bajillion books and articles about success. I grew up in Washington, DC, majored in English Literature at Wellesley College, worked as a teacher, wrote two-and-a-half novels and a bunch of short stories, and am now a mom and a freelance writer (available for hire.) I live in a neo-colonial revival house but wish it were a Not-So-Big House, with the husband, two daughters, and a very large Australian Labradoodle.