Instances of the Persistence of Resistance 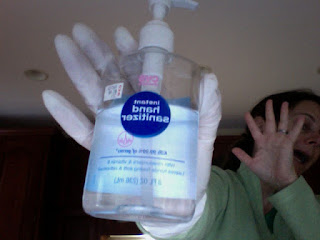 In my last post, I may have showed a little, um, resistance, to Stephen Pressfield’s ideas about Resistance in his book The War of Art. While I made a pretty good case for how wrong he is in my last post, I am forced to admit that indeed, he may be right. Resistance may be just as wily and insidious as he says. Perhaps even more  pervasive than he suggests. Indeed, I find the existence of resistance and its persistence to be widespread in my life.

For example, there I was yesterday, typing on the computer, sticking to my plan, which I mentioned in my last post, my plan to write a book proposal, send it out, and then, while awaiting responses from agents, find some bread-and-butter freelance writing work in corporate communications. That was—and is, my plan. So I was following it, for a good thirty minutes or so, when I gave myself a little break—just a small one--to do important things like check my email (nothing) and Facebook (nothing) and my Twitter feed. And oh, look what we have here, a very compelling link to an article about someone who set herself on fire—No. Stop. Do not read. But then, there was another link to another article, and this one was about freelance writing, which is pertinent to my life, right? So I read it. The article was about how women tend to undervalue themselves when quoting rates to clients, particularly in the higher-earning circles of freelance writing, where people can earn hundreds of dollars an hour as freelance writers. So, important, right? Hundreds of dollars an hour would go a long way towards filling in those budget line items that keep me awake at night, the most important being my retirement fund and college funds for my children. And I thought, Hell, yeah, I’ve done that. I’ve undervalued my writing in my quotes. I’ve figured that I’m starting out, so I should start low and develop clients and then raise my rates slowly. But what am I waiting for? I thought, I am going to call my number one client/company and not only am I going to touch base with her, not only am going to tell her I’m ready for more work, I’m going to ask for a raise.

Readers, I had my hand on the phone, when I realized what was happening.  Resistance.

Remember my plan? My capital-P plan? The thing God would laugh at if God were a human-like being? The Plan involved first one thing, a creative thing, and then the next thing, a practical thing. Of course the practical thing seems like the more important thing, the thing I really ought to be doing. While the creative thing seems like an indulgence, a guilty pleasure, instead of what it really is, which is my life’s true work. So there was Resistance, just as The War of Art says it is, lurking, using any means necessary to stop me from doing the creative work.

Meanwhile, I returned The War of Art to the library. I tried to renew it, but someone else wanted it. Resistance is after all, a formidable enemy, and the best defense is education. Education and a good offense. I’ve been reading The Art of War by Sun Tzu. Before I dozed off on the couch I read something about pretending to be weak when you are strong, to outwit your opponent, which I hope applies to President Obama.

But I digress. The ending of The War of Art got a little loosy-goosy and Jungian. Actually, I like Jung. Every time one of my children reports having a dream about flying, I note to myself that Jung would have considered this a sign of her empowerment. I hope. Anyway, Pressfield talks about how the Ego is the seat of Resistance, and the artist’s job is to “smash” the ego, through whatever means necessary, which seem to include, along with more mundane suggestions such as regular working hours with no distractions, and therapy, Vision Quests and psychotropic drugs—my ears did perk up at that—to access the vaster, less controlled Self where creativity resides.

Meanwhile, under the heading of resistance, let me mention that the 13-year-old turned 14, and after I encouraged her to sign up for the extra-curricular science project her Biology teacher is running, so that she can meet new people in her new school (and, yes, provide a solid entry under “community service” on the college application), she “forgot” to go to the informational meeting. This may not be the Resistance Stephen Pressfield writes about. This may be more along the lines of outward obedience-inward rebellion best adopted by a 14-year-old with completely uninvolved and not at all pressuring or overinvested parents.  Just like me. Ahem. Or, as the husband says, perhaps its not passive aggression at all, just absent mindedness. But who believes that?

Finally, in support of other forms of resistance, I got my flu shot today. Did you get yours? I hope so, if you’re sitting next to me on the flying tin can I will be forced to clamber aboard to visit my father this weekend. Because the air on those airplanes, I tell you. Sheesh. Don’t worry, though, my immunity will protect you, too, and you won’t have to worry about catching anything from me, in any case, because I’ll be wearing my protective head gear slash gas mask that I picked up when we lived in NYC and had to travel on public transportation every day. Also, I’ll be wearing Latex gloves, and will be wiping down my tray table with a Clorox cloth. Plus, I’ve requested a window seat, and even if I do have to “go,” I’ll just hold it, because you couldn’t pay me to use one of those so-called bathrooms on board.  Purely for your protection, of course. I wouldn’t want to pass on anything to you, Seatmate. Your Resistance just might be weaker than mine.

Stephen Pressfield, I surrender.
Posted by Hope Perlman at 4:12 PM