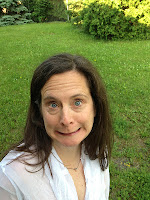 Last Friday night, The Huffington Post informed me that they’d published a blog entry – mine. This is so cool, so exciting, such a breakthrough, you say! Wow! You say. Unless you’re a journalist, perhaps. (See below.) 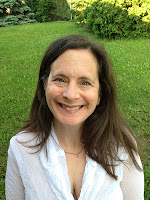 Okay, it felt great. For a while. From the time the blog editor accepted my post and told me they’d edit it and let me know when it would be published, until the time I clicked on the link the editor’s assistant sent me, it felt great. Then I noticed that the post had actually already been up on the site for two days, which I hadn’t known. Since it was what I’d sent them, word for word, I assume they decided it didn’t need editing, and just posted it. It was a blip. An instant. Over before they remembered to inform me.

Now Readers, I am grateful – don’t get me wrong. The Huffington Post has a lot of readers. However, since I didn’t realize my post was up, I didn’t advertise it until it was no longer front of the queue. If that’s even how The Huff Post operates. Nor did they tweet it, as far as I can tell. So it was a blip on the front page of HuffPostWomen, and now it’s searchable. Which means it’s there but I never saw it there There. Still, it’s there There, and you can click on my name and see my bio and my headshot, which the husband took on his iPhone outside the piano store where the kids were having their recital. We were going to use the real camera, but someone forgot to put the battery in it. (Me.)

Don’t worry, fame hasn’t changed me a bit. Maybe that’s because I didn’t exactly achieve fame. Or maybe it’s because the group of writers I see for the occasional lunch consists mostly of journalists. I am not a journalist. If you ever need a head resizing for swelled head syndrome – you know, when you start to think you’re really hot and you’re going somewhere and your capella starts to swella – I have the cure. Just tell a group of journalists you’re publishing a blog post on The Huffington Post. Their reaction will return your head to its usual size - pinhead.

See, journalists are professionals who expect this thing called “payment” for their writing when it appears on a large media outlet. That bozos like me are willing to slave for hours crafting work as fine as they are able for free is pretty much journalists’ idea of one of the major things wrong with the field today. And I agree. So, yeah, I told a group of journalists, who were just not that impressed. And I don’t blame them a bit. On the other hand, I am a fiction writer who has turned to non-fiction and blogging. I’ve come to expect near zero monetary payment for my efforts; but recognition is payment, too. It doesn’t put money in the college savings account, but it feeds the soul.  Dale Carnegie said so.

And it sounds good to you, right, Readers?  On the continuum of total failure to hugest imaginable success, publication on the Huff Post falls  - where? I am not sure. I mean, it’s a media machine. They publish lots of blog posts. On the other hand, it’s a huge site with tons of readers. It’s just kind of hard to gage. It is definitely on the continuum. Of that I am sure.

So how did this happen? Well, as I mention in the actual post, a high school classmate (thank you, Amy!) sent me the video of Arianna Huffington giving the commencement address at Smith on Redefining Success. So I watched it and found it very moving and exciting. Afterwards, I sent her an email thanking her for her speech, and for bringing this conversation about success and women and making a new women’s movement into the mainstream. I didn’t labor over the email, or send a big request – or any request, actually. I just wrote a thank you. Of course I mentioned my blog. There’s a link to it in my email signature, so that was available to her. And then a couple of days later, a response from Arianna H arrived in my inbox, with an invitation to “feature my voice” on the HP.

To sum up: I took a chance and I wrote. She replied. I took another chance and wrote a post. My post went up. I can send in others. That is cool, I have to say.