My Mortal Enemies: The Jews

My 3rd grader reported to me today that one of the boys in her class, said, "You know who my mortal enemies are? The Jews."

Hmmm, I said. He's probably repeating something he heard some older people around him say. Why do you think he said that? I asked.

Does he know any other jewish kids? I asked.

Well, did that bother you, I asked?

A little, she said.

What did you say when he said that?

I told him I'm Jewish, she said.

Okay, good. And did anything else happen?

She said, He went like this (she pantomimed someone drawing away in exaggerated fear). And he said, Cc's Jewish, and I hate Jews.

Well, look, I said.  You could tell him, if it happens again, that you don't choose who your friends are based on what religion they are. You could say that doing that is acting prejudiced.

So how did Ethan take this conversation? I asked.

Well, he heard it, but he ran off and joined some other people, said my 3rd grader. It probably bothered him a little, too, but he didn't want to think about it. Anyway, Joe (who said it) is a little crazy, she said, sounding as if that would take care of the matter.

Yeah, well, now's your chance to let him know a little bit about what he's saying. It's crazy kids who grow up to become crazy adults. Hitler was crazy, I said.

True, she said, although she doesn't know much about Hitler beyond the name. We're not exactly browbeating Holocaust history into our kids here in this household. We don't even belong to a synagogue. We don't even believe in God, at least the adults in the house don't. Still, we're marked as Jews, and that marking still matters. There are plenty of scary people around these days. Sipping Tea, for example.

Being Jewish isn't something I think about often. At the High Holidays, sure, at Hanukkah, and at Passover. I'm poorly educated about Judaism. What I know, I've gleaned for myself. I had only one year of religious school as a kid, and my children don't go to Hebrew school. This lack of education has only bothered me at times like these, when I realize that my being Jewish marks me in others' opinions, and I feel ill-equipped to re-educate them. Take Israel. I can't stand the whole Israeli-Palestinian conflict. It's got to end, and it's got to end with two states. The hardliners are disgusting. As disgusting there as they are here in the US, although their religions differ. But I hardly know a thing about it, and I can't bear to pay attention.

About twenty years ago, I had a housemate who asked me, in all seriousness, why the Jews didn't just buy an island somewhere and go live there. This was an extremely well-educated woman, and the question was honest, an honest reflection of pure ignorance. She had a crazy father, the kind of crazy that led to building an underground bunker on his property to escape the Communists, the kind of crazy who believed in the Illuminati, the kind of crazy that saw all Jews as rich and evil power-mongers. Somehow, miraculously, he raised a child who was willing to ask an honest question born of ignorance. The kind of ignorance that crazy Joe exhibited today. 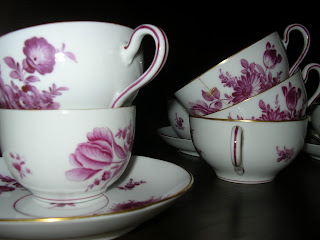 Refill, anyone?
Posted by Hope Perlman at 7:03 PM

Email ThisBlogThis!Share to TwitterShare to FacebookShare to Pinterest
Labels: motherhood, parenting, principles and values oh my