Other People's Successes - & Bayonets of Hate 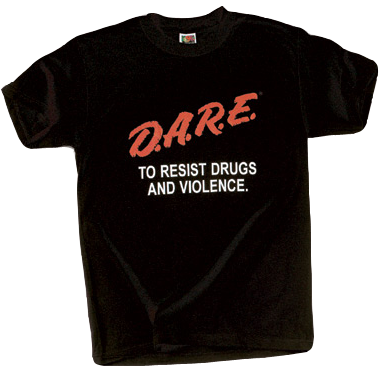 Readers, I have finished Bruce Feiler’s book, The Secrets of Happy Families, and I have things to say about it. I want to write, for example, about our foray into one of his suggestions: the family meeting. But before I do, I have a compulsion to tell you something terrible about myself. Here’s why. See, to tell you about the family meeting involves mentioning an awards ceremony for one of my children. As I’ve discovered, the slightest mention of anything about one’s children’s possible accomplishments, no matter how slight, puts you out there in front of the bayonets of insecure parents who want to immediately kill you for bragging, even if it’s only the most incidental kind of mention of anything about your child, even if it’s the humblest. You’re a braggart and jerk and deserve to be beheaded and for all your spawn to grow warts on all their visible epidermises (epidermi?), or you’re even worse – a humble-bragger, begging for notice while seeming not to and therefore deserving of none but contempt. Which is a problem if you want to actually get across a message of some kind. Why not just leave out the bit about the award/event, you ask? Well, that would be fine, except in this case, the occasion for the meeting depended on it. In other words, if I talked about calling our first family meeting without mentioning this event, then I’d have omitted the reason AND the content of the meeting, which would make for a pretty short and meaningless blog post.

So the thing is, before you get all bayonet-y at me, let me tell you about how my child didn’t win an honor and how well I handled it. Then you can decide if I deserve that beheading and if my child can go forth wart free into her uncertain future. And I can tell you about our family meeting (in the next post, because this one is already too long.)

Now the reason I know about these bayonet-y tendencies is that I’ve been jabbed by them – certain comments on my Motherlode posts qualify – but I’ve also been guilty of them. On occasion. And for only the very goodest and most understandable reasons; but I have felt some of those feelings I describe above. In fact, I felt them pretty recently.

I think the compulsion to tell you something unflattering about myself is also related to Anne Lamott. You see, Anne Lamott was giving a reading in Troy, and I was planning to go, even though she’s promoting her new book, Help, Thanks, Wow, which is all about prayer, and which might just be a little much for me, the atheist-ish, sometimes agnostic Buddhist Jew. Then I realized that the 5th grader’s DARE graduation was the same morning, and I thought, Oh crud, I can’t miss the DARE graduation, because DARE (Drug Abuse Resistance Education) is, you know, the kind of program it’s important for a parent to support and for a child to see her parent support.  Since the graduation was at 9:30 in the morning, the husband immediately bowed out, citing some lame excuse about having to attend rounds on patients with strokes.  This left me to represent.

Anyhoo,  I had a vague recollection of my child showing me an essay, a few weeks before, and of me suggesting that it could be stronger if she added a little more detail by way of examples or something. That was the last I thought of the essay until a few days before the DARE finale, when I was driving the 5th grader’s band carpool and the 5th grader and her friends began talking about the essay. They spent several minutes wildly proclaiming how much they had “sucked up” to Officer Friendly in it, and how much they didn’t care if their essays got picked. They all agreed the whole exercise in writing the essay had been to suck up to Officer Friendly. Of course, I’d thought. Essays would be picked.

So then the 5th grader came home with this announcement. She was detailed in her reporting of the teacher’s selection of the essays. The teacher had described narrowing the selections down to four girls’ and four boys’, but had been unable to decide among them, so she had mixed them all up and picked at random. The 5th grader’s essay was not selected. But, she was quick to say, maybe hers had been one of the four among which Mrs. M had been trying to decide.

Readers, I would like to tell you that this didn’t bother me, but I would be lying. It bothered me a little that my child’s essay hadn’t been chosen and that my child would not be up there reading her essay at this graduation that would be keeping me from hearing Anne Lamott. What also bothered me, was how my child rationalized the situation by saying hers could have been one of the finalists. Was this some weird ego-protection device on her part? Or a pre-emptive assuaging of feelings I might not hide as well as I think I do?

As I said, it only bothered me a little. A first. It was just one essay. It was just DARE. What bothered me more was that the 5th grader had done a pretty half-assed job on the essay, but still thought she might have been chosen. Or hadn’t thought about the long-term effect of doing a half-assed job. She hadn’t been strategic. Neither had I. I thought, my kid should’ve sucked up more. That’s what you’ve gotta do in this life to get noticed. You’ve gotta suck up. You’ve gotta be strategic. And you’ve gotta be whole-assed.

Directly I thought this thought, I became much more bothered by this non-winning. If I didn’t mind that she didn’t get selected, I did mind if other kids did. Certain other kids. Like the 5th grader’s best friend, who hasn’t been so best friendly to her this year and has delivered one too many put-downs. It might not be so bad that my child hadn’t won; but what if this girl had? What if some of the other girls, who from time to time, had done things like turn their backs on my child at recess (true), won?  I tried to find out from my child who the other winners were, but she showed an annoying lack of knowledge, concern, or interest, so I would have to wait until the morrow.

Natch, the first mother I saw at the graduation was the mom of the 5th grader’s bestie. She was chatting with Officer Friendly. Sure, I thought, Suck up, suck up. I sat down far away from her. I beamed hate bayonettes at her. Look at her in her yoga pants. So smug.

The first essay, read in a spindly voice by a nondescript girl, provided several details and facts that the 5th grader’s had not. Next up was a boy. More facts. I began (continued?) to have uncharitable thoughts. Chief among them was involuntarily imagining these kids reading these essays aloud in ten years, whilst a montage of their descents into drug-addled depravity played behind them on a large screen. It was possible that these essays were selected by Officer Friendly and the 5th grade teachers, not because they were so well written about the positive lessons their authors had learned from DARE, but because these kids needed the whole community of students and parents to bear witness to their promises to never smoke or drink or do other drugs; because, clearly, they were likely to become abusers. So it was actually good, in other words, that my child, had been overlooked.

Let me say, Readers, that I was aware of my state of mind. Envy, insecurity, anger, check, check, check. They were all present, and I knew it. Thanks to mindfulness practice and years of therapy, I was in touch with my mental formations. Helpless before them, but at least aware of that, too.

Now, I’m late posting to my blog this week. In fact, I missed posting last week. Not for lack of subject. I wrote this last week. It’s just been hard to click “publish” on this one; because this essay really makes me look bad. I mean, here I am, searching for a definition of success, and resenting others who have some. I know this is not pretty. Yet I feel compelled to go on. I might as well say it. I think, in my heart, I am no worse than many in my pitiful inability to channel what Oprah might call “My Best Self.”

In conclusion, I must say that the bestie’s class was announced next, so my suspense came to an end. The essay selected was – not the bestie’s. I sagged back into my chair. There was a second of relief. Immediately after the relief, though, came the remorse. I’d done a disservice to the friend, and worse, to her mother, with whom I’ve been quite friendly. It was ugly, people, ugly. I tell it to you now.

Next week: The Family Meeting....