A French View of Success

You know, until I got well into this success thing, I thought there was something wrong with me. I seemed genetically incapable of holding down a full time office job without plunging into depression. I assumed my need for blocks of free time and my tendency to grab a few moments to sit in a chair and stair out the window indicated lower energy than a “normal” person, or perhaps congenital laziness. This idea of laziness sharpened against my conflict over earning money versus time to write. Or, in plainer English, what I mean is that I felt like a hypocrite because while I wanted plenty of money, I didn’t want to do the jobs that would earn me it. So what did that make me? A big baby or a hypocrite, both terrible things for an adult to be. Especially a feminist adult.

Then, when I got married and had babies and ended up staying home with them, well, the things wrong with me multiplied. I was a sell-out for staying home, and a bad feminist for the same reason. I was clearly lacking in some element that would allow me to have energy for parenting, being a spouse, AND writing. Did I mention the part about being supported by the husband? I was dependent on someone else for my financial security. That was a big no-no, for sure.

Let’s see, what did that make me?
Oh, yeah, and


Yikes. What a loser.

However, I no longer feel that way, usually. Usually. I have my moments, but right now, I feel okay. Perhaps it’s the night time affirmations I do sometimes. Perhaps it’s all the reading I’ve done on creativity and flow and success and happiness and motivation and self-control and on and on. It’s all drip-drip-dripped against my brain and worn it down a bit.

Or perhaps it’s some smaller successes along the way, like having more than 7 readers (Thank YOU), and a couple of publications in the NYTimes and so on. Nothing like external validation to prop up a lazy hypocrite.

Well, Readers, you know how taken I am with French style. In fact, just today I tried this French dry shampoo, which is what it sounds like, and makes your hair look clean without having to wash it. If this sounds strange and unnecessary to you, then you must never have had a great blow-out at the salon and then got sweaty exercising. That’s all I have to say. Except - doesn’t my hair look great?  It’s Klorane Shampooing sec. I got it at Sephora, FYI. 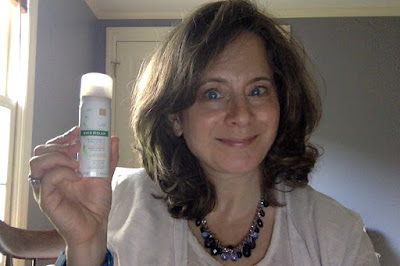 But I digress. I was talking about the article by PDAXP. And so I read on with interest how she resolved her dilemma of delivering a very unFrench address in a French style. She chose, she said, a common French saying, something “optimistic, but not grandiose.”

So practical, those French. Here it is:

Vouz allez trouver votre place.
You will find your place.

PDAXP goes on to talk about some rules for being a creative person and finding your place in life. And they are so, um, validating. What a nauseous word. You can look it up. Her list, I mean. I’m not writing about creativity rules today. Except the part about sticking to it, and about creating blank space for yourself. And about paying attention to what you do on the side of what you do to earn money, because that gives you big clues as to where your place may be. Yes, validating is the word.

If you’re wondering what I’m on about, this is it. Finding your place. That is success. Some people do it without much fuss, some people have more trouble. I have, no doubt, been one of the latter. I have had so much trouble. Partly because of who I was raised to be, and partly, again without doubt, because I am a creative person. A “creative”, as I’ve seen it nominalized. Like a lawyer or a doctor or a teacher - a creative. The word sounds a little weird like that, with an article, turned into a noun. I used to hate it, but I’ve just this second convinced myself I kind of like the term. Making a description into a thing in this case is helpful, because a description is abstract, but a thing - well, a thing can find its place.
Posted by Hope Perlman at 5:05 PM