Last weekend was the Junior Prom and I almost forgot about the flowers. In fact, I did forget until two days before the prom. Fortunately, I have friends who are together, and I had lunch with one of them. She mentioned boutonnieres and then I was off and running. It all came back to me.

“How do you know all this stuff?” the 11th grader asked, actually expressing admiration and awe. I wanted to bask in her appreciation, but I had to admit I almost forgot.

I wonder why I had to admit it. Did I really? Well, I did.

Then we were back to the usual dynamic – she, muttering under her breath about my technological uncoolness. For example, I might say, “Did you send that text to so-and-so?” And this will generate a response along the lines of, “(Snort) Did I text TO so-and-so? Text TO so-and-so?” At which point I tune out. I decide I don’t give a damn if she got through to so-and-so. I am not actually technologically uncool. I was an early adopter of computer technology. I know people who invented computer technology. I was just making conversation anyway. The image of my father’s face as he sucked in his own annoyance at my teenaged attitude comes to mind, and I submit. I have earned this. I will bear it.

Anyway, I did procure a hair appointment for the requested semi-updo, and the wrist corsage and the boutonniere, not to mention the dress, shoes, and earrings. 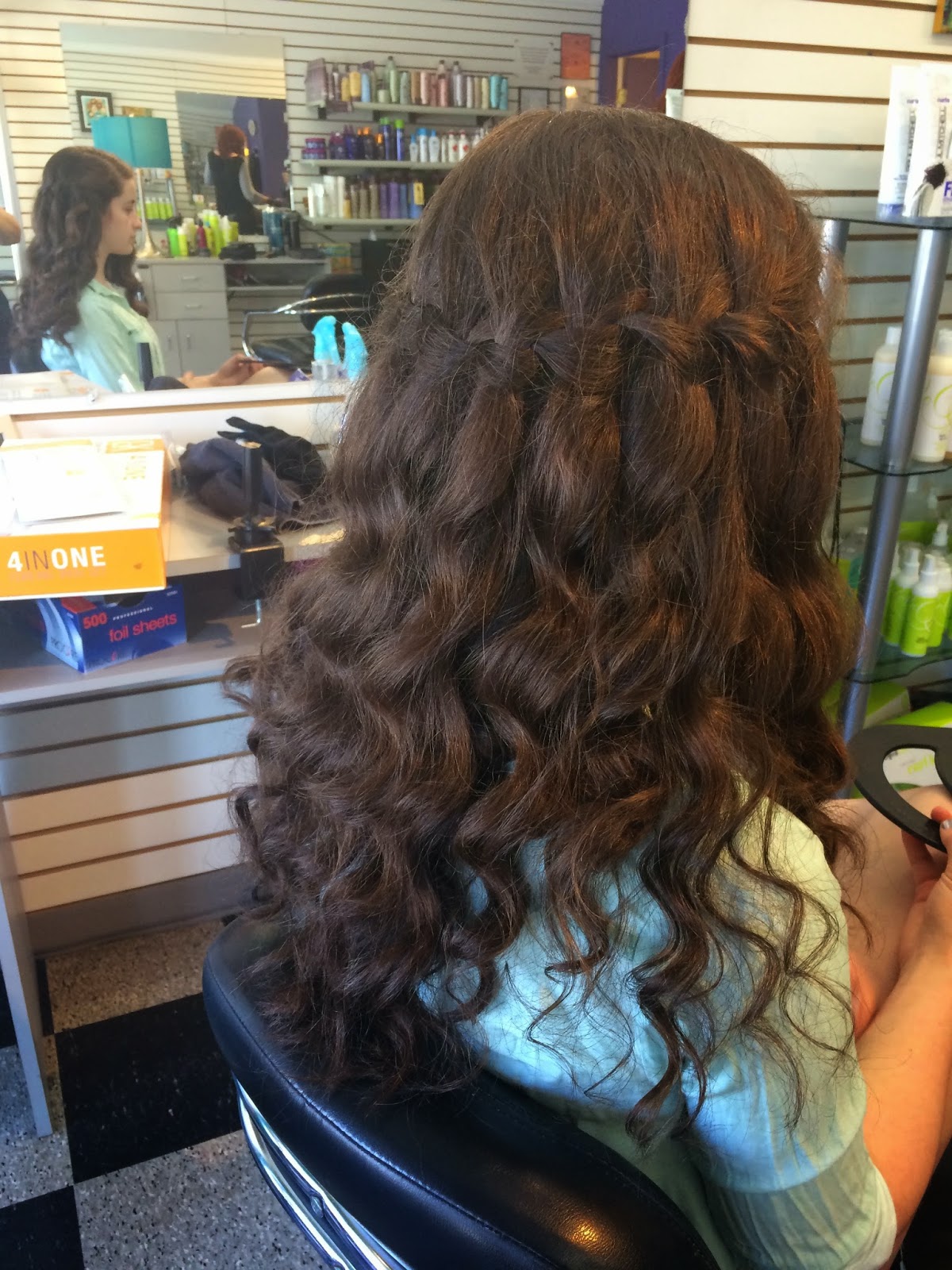 And I managed to remember in time to charge the camera (more eye-rolling involved, as apparently I am incompetent about USB cables.) And then I participated in the ritual of trampling over someone’s backyard with other parents to take group shots of all the girls, then all the girls with their dates, then the dates, then the friends in silly poses. I extracted a promise of hearing unfolding evening plans by text, and then she was off.

I believe she had a good time. When I texted to ask her if it was so, she replied, “Ye.”

I may be old-fashioned, and only barely competent, and almost certainly practically out of it, but I think that was positive.
Posted by Hope Perlman at 10:39 AM