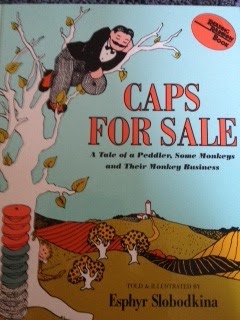 Right after I finished Laura Vanderkam’s What the Most Successful People Do Before Breakfast I think I went on a tear. Is that a thing you say? Went on a tear? I got in a mood. A bad mood. Why? A combination of things.  My professional life is stalled. (Here I resisted enclosing professional in quotation marks to indicate irony.) School starting. Owning a teenager. (“You don’t own me,” “Yes I do, until you are Of Age.”*) That sort of thing.

Into that blah mental field fell Laura Vanderkam’s book, about which I have two brief overarching comments.

Which is why I went on a tear. A bender. An irritability bender, to be specific. Nothing as fun as an actual bender. Just a bender of being totally annoyed with my family, especially with the husband, for doing anything other than making the absolute most of every available moment to do something productive and meaningful. So, the sight of his neck bent over his phone – highly irritating. The children enjoying the last days of summer indoors, drawing on the white board– aggravating. Aggravating is really the wrong word, as we all learned when we practiced for the SAT, but still, it is perfect in its misused definition for my feeling. Although, come to think of it, perhaps my new dictionary now contains this definition of the word aggravate, since many people use it to mean annoy.

I just checked. Yes, now this usage of the word is accepted. Sorry, Dad.

Anyhoo, reading in Vanderkam’s book, for example, that a week has 168 hours, that a weekend (from 6 pm Friday to 6 am Monday) has 60, and that “You have fewer than one thousand Saturdays with each child in your care before he or she is grown up,” grabbed my attention. That doesn’t sound like a lot of hours, especially to person like me who needs her free time. And there’s this passage:

If you’ve got young kids, it doesn’t take long to realize that there won’t be many Christmas seasons when the little ones will race downstairs in the morning to see what Santa brought. They won’t always be eaeger to bake with you…Eventually they won’t care if you don’t put up a giant tree or go caroling or make hot chocolate. They’ll allow you to beg off making a snowman because you’re tired. But there are only a few winters – and only a few days each winter – that your children will ask to make snowmen with you. Someday, perhaps, you will be staring at the snow from the too-simple room of a hospital or nursing home, dreaming of the days when making snowmen with your children was an option.

Kill me now. I mean, how many times have I opted out of a kid activity for a little sanity-making mommy time? Instead, I should have been soldiering on saying, “Screw downtime. The kids will be gone before you know it, so wait until then. You’ll have nothing but downtime.” Or, as my friend Phil used to say, “I’ll sleep when I’m dead.” He is doing that now, poor soul, and I am glad of every minute he stayed awake for me. So you can see why coming upon the husband hunched over his smartphone playing a game makes me bonkers. Make it worthwhile, mister, or don’t do it at all!


There’s  a lot more in this book. The book is a combination of three e-books and it covers what the most successful people do before breakfast, on the weekends, and at work. And while it did drive me to despair – in combination with several other non-related things – I found it interesting. I might even have picked up a tip or two.

Would you now like to know what I do before breakfast? Just for comparison? If I haven’t had insomnia? Which reminds me that this book assumes people just go to sleep at their nice and early Benjamin Franklin bedtimes, and wake up rested and refreshed, just like the peddler in Caps for Sale. There’s nary a mention of insomnia. I guess the most successful people don’t have it. Or they take a pill – although this option is missing from the book.

Anyhoo, I awake to the sound of the husband’s alarm. I pull myself from sleep by thinking of things I’m grateful for. Sometimes these thoughts are more coherent than others. Sometimes they blend into dreams. Next, I do fifteen minutes of yoga, so I won’t crack in half, then stumble downstairs and drink a large glass of water. Donna Karan does this too, I was delighted to learn. The water drinking, I mean. She didn’t mention the stumbling. I make eggs for the 10th grader, and lunches for both kids and the husband. I feed the dog in the manner prescribed by the $140 dollar per consultation dog trainer: To wit, I sprinkle his kibble on the lawn so that he can stimulate and satisfy his prey drive by working for his food. I check my email and the annoying Facebook while he does this. Then I call him in and dry off his paws. I drive the 6th grader to school some mornings. Some mornings she gets a ride from the neighbors. Then I eat breakfast.

Then I nap. Which only proves the obvious point: I am not one of the most successful people. But I get the job done.