Anyway, after the ceremonies, I headed east for my college reunion. Beforehand, I stopped for lunch with a childhood friend I hadn’t seen in twenty years. Ah, those childhood friends. The ones you see or don’t see, but whose voices on the phone are as familiar as family. I was gobsmacked by how the time had gone by since I had seen P.  Conversation was so easy. How was it possible I had not even met her second child, or she my first or second child? What is going on in my life that I can look back over decades like rolling fields of wheat that stretch forever but seem just a quick traverse?

Yeah. So take that melancholy elegiac tone and head over to your reunion. Your 30th reunion. Notice how I adopted the second person, here? That's me dissociating from that traumatic reality. Thirty years? Oy.

Anyway, back into the cradle of adulthood for the weekend. A reunion is a strange thing. I think I may become a regular reunion-goer. It’s relaxing to slip into your peer group where everyone is sharing a bunch of experiences. When everyone is your age you do have a lot in common, even if life has pulled you in different ways. People all seemed happy to see one another, even people who weren’t really their friends in college. I think the reunion-goers may turn into another set of friends.

But all that reaquainting and recapping is exhausting.

2) After the reunion, I returned home (I still want to put that in quotation marks - “home” - because it doesn’t really feel like home exactly) to attend the Senior’s final ballet recital. Talk about draining. It was open faucets time. And not just for me, for all of us. And the other moms. I am very proud to say that this time we did remember the flowers for the dancer. This has not always been the case. We are not that family that always shows up with a bouquet. We are that family that sometimes remembers to buy the flowers and then leaves them at home. That sometimes forgets to buy them at all and then scrambles out at intermission to find a sad bunch. That sometimes just throws up its hands and says, “Oh well.” For this last show, however, I brought her roses for her middle name. 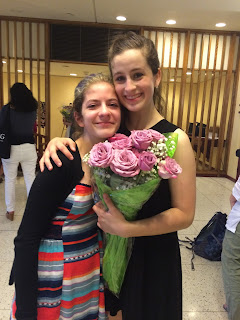 After that, several families went out for dinner, and had a marvellous time. Until it was time to pay and the restaurant seemed unable to manage our requests for separate amounts on separate bank cards and it took SO long for them to figure this out that we were all thoroughly sick of the sight of one another and were happy to say goodbye, go home, and have restless dreams about aging and dying. (I’m confident I speak for everyone there.)

Of course we will see one another again this weekend for a different dance performance at Jacobs Pillow, but that’s another story.

3) It’s been a long time since I reported on the garden. I spent a lot of time obsessing over it in 2010.   Eventually, the moss won and the roses died and things were looking really bad. But I am happy to report that now my garden is looking great. Thanks to somebody else. I did a little of the work, but mostly it was done by our trusty crew of landscaping professionals. I provided coffee and appropriate laughs, since one of the crew is also an improv comedy performer. Are they friends? Employees? Somewhere in the middle.

Of course when I think of all the money we spent on the yard, I think of the stove with only 3 working burners that still has only 3 working burners, and of the broken microwave that’s part of a microwave and oven combo and would require a lot of money to replace. And I think, perhaps, rather than dribbling money into the ground, we could have replaced our oven and stovetop.

But that would invoke a whole Brady Bunch redecoration scenario. You know what I’m talking about, don’t you? I'm talking about the episode when Carol replaced the carpet (deep, shag, I presume) in the master bedroom; the new carpet made the bedspread and the curtains look dingy, and next thing they knew, the whole house needed a redo. That’s all well and good, if you don’t have to pay for other things, like college and food. But we do have to pay for those things. So the broken stovetop will remain that way until we can afford to replace the counters and the stovetop and the oven. Which might in fact be never. How about never? Is never good for you?

That’s a quote from the best New Yorker cartoon ever:

But I digress. The point is, we have dribbled money into our yard, and now that it’s summertime in Upstate New York, we are reaping the reward.

This has nothing to do with success, any of it, unless success is related to endurance, growth (of people and plantings) and change. Let's say it does, okay? 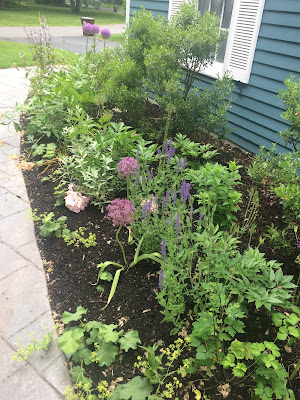 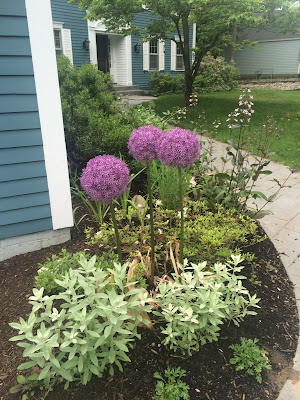 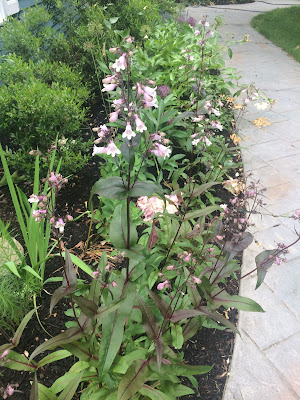 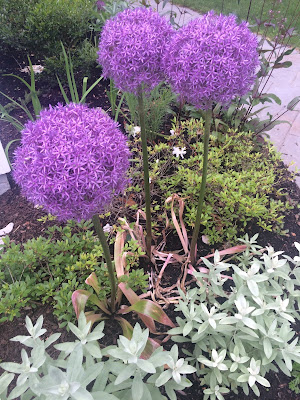