#TBT Getting In the Flow

Hi, Readers,
I know you’re all dying to know about my foot. Well, It’s kind of embarrassing. I’m pretty much a cliche - a limping cliche - of the aging non-athlete trying to stay in shape, lose a little midsection fat, and thus thereby injuring herself. A couple of weeks ago, I put on a pair of ancient running shoes and took a very lame run/walk along the dirt path near my house. When I came back, my foot hurt a little. I basically ignored it - but I did buy new shoes - and it remained the same, just a little hurt area on the outside middle bottom of my foot, if you want the deets (that’s the details, FYI) Then, at the beach, after a couple of days of running, beach walking, wave jumping, and dune climbing, it really hurt, throbbed, ached and was generally un-ignorable. I had gone from a lame little run/walk to being actually lame.

Now, if I were the protagonist of a murder mystery, say, then I’d have this painful foot that I’d refuse bullheadedly to admit was really painful. I’d keep using it and making it worse, limping and throbbing my way through my adventures until the end, when I could finally relax and get it looked at, after the murderer was caught, thanks to me and my stoic, chaotic self. However, I’m not such a protagonist. Instead, I hunkered down on the pool deck of our vacation rental and iced my foot and read a murder mystery containing one. That was The Silkworm, by Robert Galbraith, a.k.a. J.K. Rowling.

I have since consulted a doctor, who advised me that my foot was not broken, that I had a strained tendon, and that I should refrain from running or other pounding exercise for another two weeks. Thus, my attempt to ramp up my exercise has turned into a disaster. However, the foot is mostly all better.

All this leads me to this. This is one of those weeks when I'm not feeling so successful. It seems like a good day to take a look back at one of the earlier lessons I learned about success. I need the reminder. Maybe you do, too. 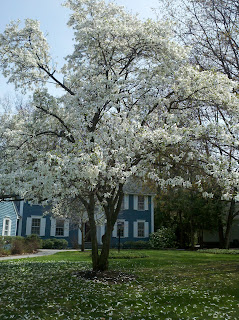 There's a difference between appearing successful and feeling successful, and it's the feeling part I'm
after. Of course the appearing part matters -- I do have various material goals. The main characteristic I'm seeking, however, is a feeling. Maybe it could also be called self-worth, or self-esteem, or self-confidence. I call it success.

Appearing successful, after all, is relative. Indeed, one of my friends described my life as "the classic success story," i.e., a lovely house in the suburbs; good marriage; good kids. What more could anyone need to feel successful? That's what I'm trying to find out. I could point out that what I paid for my house in upstate NY, wouldn't buy even a studio apartment in Manhattan. I might consider my friend H, who has a lawyer husband, doesn't need to work outside the home, and has a gorgeous apartment that is the entire eleventh floor of a prewar building on the Upper West Side, plus a home in the Hamptons, to be successful.

We all know plenty of stories, though, of people who have all the trappings of material, worldly success on the outside, but who are secretly tens of thousands of dollars in debt, secretly paralyzed by terrible marriages, secretly suffering with difficult children, etc, etc.

A corollary is the person, like my friend R, who has excelled on the worldly success level, but announces that she never feels totally satisfied with herself. She stands on her tiptoes, raises her hand way above her head, and says, "I always expect this of myself," then lowers her hand to chin level, "and I always feel I end up like this."  Or the Pulitzer Prize winning writer I know, who can't help feeling bothered when a book of his doesn't get reviewed in the New York Times.

So it's the feeling of success I'm searching for. My sister, a psychoanalyst, describes feeling successful as being in a state of flow. I've come across the term, defined by psychologist Mihaly Csikszentmihalyi. (No, I can't pronounce it -- but my sister can.) In brief, flow is a state of immersed, energetic focus on a task. The work must be intrinsically rewarding, and balance between being challenging, but not too challenging.  In flow, a person is emotionally and intellectually engaged, working hard, but not aware of time passing. In short, we like to exert effort, but rewarded effort, and when the exertion produces results, we feel successful.
Posted by Hope Perlman at 1:00 PM