Sink that Putt: Perception and Success 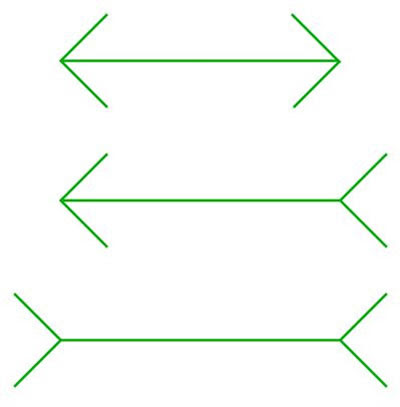 Did you know that if you hold a gun, even a plastic toy gun, you are more likely to assume that someone you see is holding one, too?

If this isn't an argument for gun control, I don't know what is. George Zimmerman was holding a gun, so this made it more likely that he'd think Trayvon Martin's pack of skittles was a gun than if he'd been holding a cup of coffee.

But I'm not here to talk about Trayvon Martin, as disgusting as that situation is.
And the researchers who reported that finding a couple of years ago weren't making a political statement, they were reporting on their studies of perception.

Researchers have been studying perception for a long time. They love to study perception and sports. They've discovered, for example, that to top tennis players on a winning streak, the tennis ball looks bigger than usual. Same for baseball players or field goal kickers. When they're on a streak, the ball seems to slow down and the goal looks wider and easier to reach. So it's clear that your perception is altered positively by success.

I recently read about a psychologist, Dr. Jessica Witt, who took this research in a new direction. Instead of studying how success alters perception, she decided to see if she could manipulate players' perceptions to enhance their performance. Working with golfers on an indoor putting green, she projected images of dark circles around the hole. Turns out that when she beamed dark circles smaller than the hole, the golfers thought the hole was bigger than standard and sank more putts; when she beamed circles that were bigger than the hole, they thought it was smaller and their performance decreased.

So we all know that sports are a metaphor for life. That's just a given. Think, "Champions, a Love Story," or the true grit of Kerry Strugg who needed that gold medal so bad she performed her gymnastics routine with a seriously injured (broken? can't remember) ankle. Tanya Harding slonking Nancy Kerrigan on the kneecaps vainly trying to keep her from winning her skating medal.

Or think of me, in 7th grade, playing soccer on a field at my groovy school. They told me soccer was a game without actual boundaries, and I happily ran up and down alongside the pack of kids, exhausting myself in a most exhilarating way, without ever making contact with the ball.  Then, when I tried out for soccer in my competitive prep school the next year, I got cut right after the first tryout. Compare that to my 4th grader. She plays soccer in a "Soccerplex" on one of a dozen fields all pressed up against one another. Her boundaries are demarcated in chalk and reinforced by a phalanx of parents in collapsable canvas chairs sipping coffee and checking their smartphones in between clenched-toothed cheers. I am happy to say that she actually puts herself in reach of the ball and has even scored a goal or two.

Yeah. Metaphor. On the plus side, the day I got cut after that first tryout was one time I recall my mother saying she was proud of me. (Tiny violins, please....)

My question, though, my dozens of readers, after reading about Witt's work was, can she come over and project the equivalent of small black circles around my goal?

I mean, what is the equivalent, in "real" life? Because I could use some help sinking my putts. At this point, that hole is like the size of a pinhole. Which is great for observing an eclipse, but is somewhat frustrating otherwise. To put it politely.

So is there an equivalent? We know that if you can get on a streak, you will likely continue to have success. But how to get on that streak? What makes the goal look more doable?

One thing that helps, I think, is to be surrounded by other people who are achieving things similar to what you want to achieve. So then, competition aside, you have the psychological advantage of seeing people do that thing you want to do and you think, Heck, I can do that, too.

Failing that, however, there are always self-help books. And changing your self-perception is what a lot of self-help books are trying to do, in their different ways. In fact, Stephen Covey's basic premise in The 7 Habits of Highly Effective People is that to become truly effective--his euphemism for successful, remember--you need to shift your paradigm for how you interact with yourself and with the world. By paradigm, Covey means how you "see" the world. Your perception. It's your internal map you use to navigate the world. He says you can redo your map, so that you operate effectively (successfully), but if your map is wrong, you are screwed.

Or words to that effect. So his seven habits are a means of shifting the paradigm. You move through his seven steps, I mean habits, from a state of dependence into a proactive, rather than reactive mode. You focus on your principles and start to live in accord with them, you manage your time well, and you've shifted your perception of yourself from a passive and confused person into a self-aware agent of change, ready to interact with others to create the outcomes you want.

It is much more involved  than just beaming a magical series of black circles around you and fooling yourself into believing your goal is right there, though. This stuff takes work and time.

But it's doable. So let's put on our metaphorical Nikes and Just Do It.