I’m dialed up to “Ahhhhhhhhhhhhhrrrrhhhhhh” on the stress meter today, Readers. Why? Well. PC Various. PC Various, as I like to say, is library lingo from back in the days when I worked for the Harvard College Library. It’s a holdover from the old cataloging system they used before switching to LC (Library of Congress) cataloging and automating. That was where I came in - applying barcodes to books while they got the automated circulation system, well, circulating.

It was a stimulating job. I often took a snoozle over the keyboard of an afternoon. But I did get in a lot of reading. All three volumes of Bowlby on Attachment and Loss, for example. Somehow, despite my non-Protestant work ethic, the library did get online, where it remains. PC Various is a vestigial category my library friends and I toss around with one another.

And today, for no good reason at all, I have shared it with you, Readers.

So one of the various reasons I’m stressed is that we are having a French exchange student come to stay with us for the next twelve days. Only some of us speak decent French and I’m not one of us. Zut alors! What shall we do? Keep Google Translate open on my phone at all times, for one thing.

Another reason is the salty taste I have in my mouth, which according to the interwebs could be due to post nasal drip or IMMINENT DEATH. I’m the worst kind of hypochondriac. I’m the kind that doesn’t actually ever want to go to the doctor, because if the doctor suggests some kind of test, out of an abundance of caution or to actually get to the bottom of something, I am possibly more afraid of that than IMMINENT DEATH. So now I have to get a blood test to check my thyroid. I didn’t even go to the doctor. I just called her. She hasn’t even checked my sinuses. She thinks it’s probably hormonal related to perimenopause.

So I was right. IMMINENT DEATH.

Anyhoo, on the plus side, I made yogurt. The husband and the 9th grader got into it. We started adding things to those cunning little jars, things like maple syrup, vanilla, honey, and Ovaltine. Then they decided not to eat them. So I have to eat the sweetened ones, even though I’ve cut out a lot of sugar. Why? Why cut out sugar? Well, a couple of reasons. PC Various reasons, if I may.

One: Goal contagion. Yes, remember Heidi Grant Halvorson, PhD? Goals can actually be contagious. That’s why who you hang out with is very important, right? So in January I read in the failing NY Times about quitting sugar for a month. Then a couple of friends of mine tried it. Next thing I knew, I was trying it. And so, if you want to stay motivated to achieve some goal, find other people who are also trying to achieve it. It helps.

Two: Willpower. I decided to try cutting out sugar for one month (except for birthdays) also because somehow the rise of Rump made me concerned about my ability to withstand, say, a long trek over the mountains to Canada to escape the Gestapo. I felt that under terrible duress, I might just collapse without my daily sugar. This seemed weak and foolish. I needed to prove I am not those things. Perhaps I have just proven that I am. Well. What can I say?

Anyhoo, today as I opened my cunning little jar and scooped some yogurt onto my healthy mixture of cereals and nuts that I eat every morning to stave off IMMINENT DEATH, I felt a little sadness and stress in my heart over having to eat a sweetened yogurt, as if it would bring me one step closer to weakness and foolishness.

Also on the plus side, along with that one little tip for success tucked into this strange piece of writing, I offer you another cool thing I love, that isn’t causing me stress: 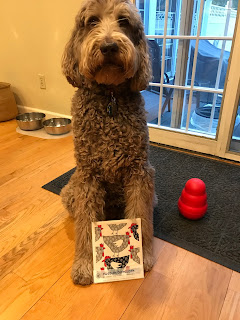 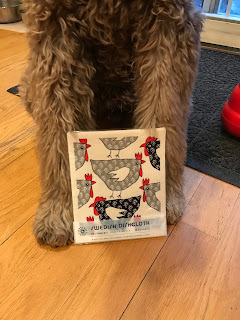 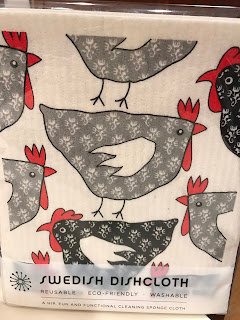 It is biodegradable, dish-washerable, and totally adorbs. Also it works well.

Now I must frantically try to organize my house for our French guest.
Posted by Hope Perlman at 3:52 PM