Many Heads, Much Success

I really enjoyed making fun of Noah St. John last week, but there was something original he said that made me think. At least I think it's original. I haven't come across this exact thing anywhere else yet.

He points out that all the success lit and inspirational speakers tell you you've got to believe in yourself first, before you can succeed.  You have to trust yourself, you have to believe in your goals, you have to think postively about your abilities, and then everything good and wonderful will rain down upon you. This is frustrating, St.John says, because many people have the hardest time of all believing in themselves. If you're in a crappy job, or an abusive relationship, or you want to change careers and become a movie star, you're probably feeling pretty bad about yourself as your starting point. 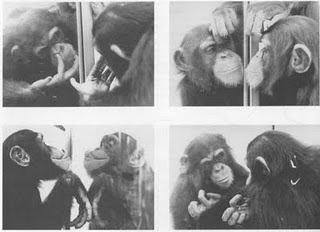 What you need, he says, is a couple people who believe in you. He calls them "loving mirrors" and "safe havens" because they reflect the good they see in you back at you. You need them in your personal life, just to know you're a decent person with a right to have dreams (loving mirrors); and you need them professionally, where they know what you're capable of and urge you on, despite your efforts to undermine yourself (safe havens).

It now occurs to me that once I attended a lecture about literature and psychology. The speaker talked about the Hero's Journey, as described (long before Noah St. John) by Joseph Campbell. A crucial part of the journey is meeting a mirror for yourself. Someone who believes in you and helps equip you for the trials ahead. And actually, the best thing about this lecture was that the speaker told us that the movie Strictly Ballroom depicts this journey, so we watched it afterwards. If you've never seen it, you should, you really should.

But I digress. St. John's point is apt, as far as I'm concerned, even if it is cribbed from Joseph Campbell. We need other people to help us do our best work. And actually, when you put it like that, then everyone else I've read agrees. Benjamin Franklin started his Junta so he'd have a group of people to bounce ideas off of. Dale Carnegie says that Thomas Edison had a coterie of gentlemen who helped one another develop their ideas. Napolean Hill goes so far as to explain the phenomenon that two heads are better than one using the analogy of radio waves and our brains as receivers.

Or, as Ruth, a lovely older lady I once worked with, shocked us all one day by singing, in the middle of Technical Services at Cabot Science Library, "People, who need people, are the luckiest people in the world." Ah, Ruth. She loved to treat herself to a pizza at the Cambridge House of Pizza, and she always asked them to bake it extra long so it would be really crisp.

So, when one of my friends from college who seems to believe in me, suggested forming a monthly group with another woman, so we can be accountable for our writing projects, I leapt at the arrangement.

Do you have any loving mirrors or safe havens?
Posted by Hope Perlman at 12:32 PM